Huntly Organics is proud to offer down to earth education. Literally.
We run a range of workshops for home gardeners, homestearders, urban farmers and market gardeners. The emphasis in all of our training options is on the results. More food production, healthier environment.

Growing food doesn't have to be so hard

As a small business owner, Emma and I have been forced to embrace the art of hustling. We came to farming with the dream of producing over $100k on less than 1/2 an acre. These were the figures that drew me in when I was 25 years old and made me believe that the family farm was still theoretically possible. 100k on a quarter acre was coined (at least to my new generation of market gardeners) by “The Urban Farmer”, Curtis Stone (the Canadian, not the celebrity chef). I read his book in a day after hearing him mention it in an interview and then convinced my wife that we should sink all of our savings into building our own farm on leased land over the next few days. The idea that we could farm for a living right now, not as employees, or with several million of debt on our shoulders; was a huge shift in paradigm. I now call this “the back door into farming”.
In our third year farming full time, we broke 100k in sales. It was a celebration, but also harsh acknowledgement that this was just the first step. Gross does not equal profit, and although we were surviving full time on the farm, producing a ton of food, living simply and employing someone part time, we realised that we needed the farm to work harder for us, because we didn’t have much more to give to the farm.
We had been blindly adding organic matter to our soil for the first 3 years, but we decided it was time for a soil test. We took our samples and had them tested and then analysed by an organic principled agronomist. He introduced us to the living part of the soil – the microbes and fungi.

After that we never looked back, with minor adjustments and a diverse range of microbial and fungal life stimulated in the soil, the farm did begin to work for us. Our weeds gradually disappeared, pests were no longer attracted to weak and unhealthy plants, and our yields and quality increased significantly.

That year we doubled our gross and our profits and were able to make significant steps forward in our dream of farm ownership. On a holiday back to Australia to visit family, we saw a property for sale, just out of the town I grew up in, Bendigo. It was 28 acres, had a creek and old trees running through the centre, it was mostly flat, with good loamy soil and had access to water. I get shivers up my spine when I remember that night, when I looked at Emma and said “We need to move back to Australia”. And we knew it would be this property, that we have affectionally called Huntly Organics.

Three harrowing weeks later, back in New Zealand, after relentlessly sending emails to anyone with a cent to their name that we could think of, we secured 2 non-bank lenders to finance the land and the infrastructure we needed for the farm. 2 days later, we made an offer on the farm. One month later, on the day of settlement, I arrived in Australia alone to build the new farm. Emma remained in New Zealand to keep the old one running to ensure we had income. I started with the greenhouse, and then ripped up an acre of ground with my new tractor. The new crops were planted immediately while I had a shed built. Once the shed was up, I installed off grid solar to power the farm myself, built an office, built and installed the coolroom, installed underground irrigation to manifolds around the farm, made us a website and designed and installed the packing shed. Emma finished our final year in New Zealand on her own, whilst selling off the old farm, grossing over 200k in vegetable sales that year. Meanwhile I turned up at our first farmers market, after finishing building the coolroom the day before and then starting the harvest at 7pm, and going to sleep at 4am, to wake up again at 6.

Phew, what a ride. Emma is here too now, and we have been living in the work-in-progress paradise that is Huntly Organics, for 18 months. All we can feel, is that it was hard, but it was worth it, and we have the farm that we will grow old on, and can finally plant those permanant trees that we’ve been waiting our whole lives to plant.

We love what we do, and we want to help others build their dream of producing truly healthy food for themselves, their families, and their communities. It honestly doesn’t take much money. And with solid advice, and a plan in place, it doesn’t have be a struggle. Mistakes are a valuable tool, but if you can learn from someone who has already made them all… Well, you’ll save a lot of time.

Our Workshops and Services are designed to get you growing, and to help keep you growing, when you’re unsure where else to go to learn.

Here it is! Our foundational two part series on small scale growing. The workshops are hosted here in Bendigo, at Huntly Organics farm.
They are standalone workshops and you can choose to attend one or both of them.

The workshops are taught by market gardeners Jordan & Emma of Huntly Organics.
A morning tea and lunch on the farm will be provided and gluten free are options available on request.

IMPORTANT: DUE TO COVID LOCKDOWN CONCERNS IN VICTORIA, BOOKINGS HAVE BEEN DISABLED UNTIL WE HAVE AN UPDATE ABOUT THE SITUATION.

Workshop 1: Turn your Lawn Into a garden

This workshop gives you all the tools you need from seed to harvest to turn your garden into a highly productive space. Enough to feed your family or even your community entirely from your backyard or land. It requires low or no start up capital to get started with what we teach in this workshop! Click on the image below for the full itinerary and to book your place online.

Workshop 2: Turn your Garden into a farm

This workshop is really all about production. Using Workshop 1: Turning your Lawn into a Garden as our basis, this time around we are going to look at the systems and equipment behind a small intensive operation, and how you can go about turning your garden into a full production vegetable farm and market and sell your produce. Click on the image below for the full itinerary and to book your place online.

Emma and Jordan are preparing to take you on a seasonal culinary journey. Impress your family and friends at home by learning to use the nutrient dense food available seasonally from your backyard or farmers market.

Classes begin in Winter 2021. Sign up to our newsletter at the bottom of the page to stay in the loop! 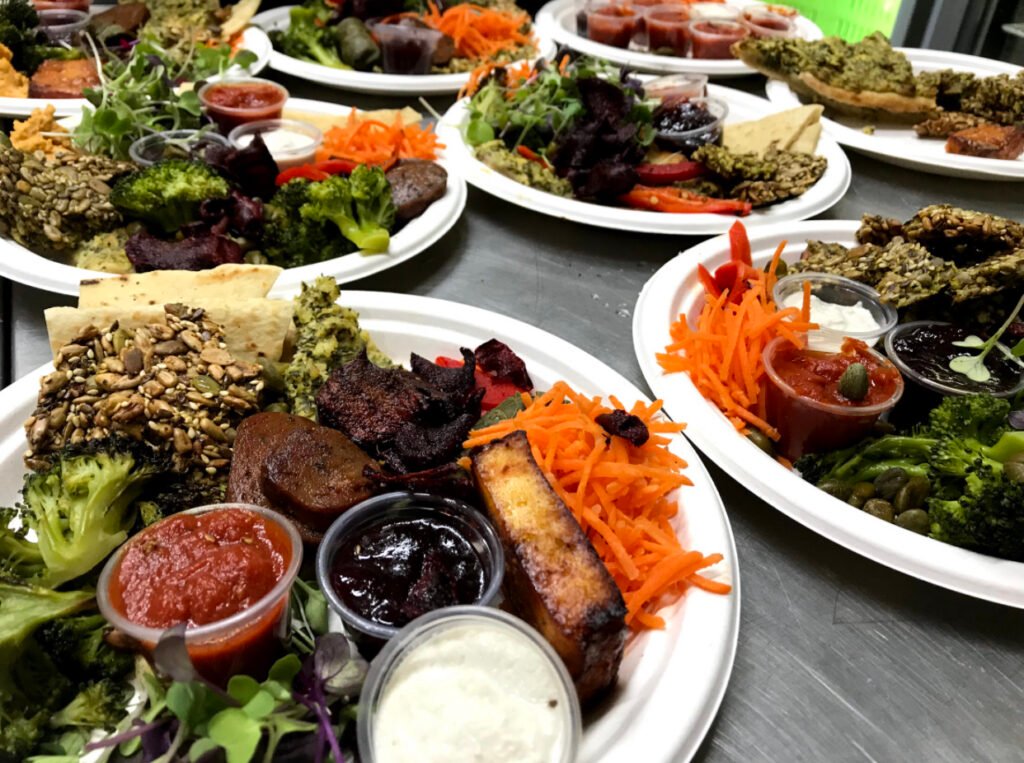 Huntly Organics offers custom web design tailored to farms, producers and small businesses. All design and implementation is done by a farmer, so we understand your needs better than most. We offer several up-front priced packages that will suit most needs. Enquire for futher options. We are always interested in taking on exciting opportunities and can work on larger multi-vendor projects such as “online farmers markets” or store sale systems.

Just looking for a basic informational website with your branding?

After the first 12 months, continued hosting, domain, email and support is invoiced up front at $300 per year. You are free to cancel at any time.

Our Online Store Package includes everything in the Basic Website Package plus:
– An online shop front to sell your products
– Full training and to manage your products and orders yourself
– Systems to suit your farm including box subscriptions and memberships and bookings.

After the first 12 months, continued hosting, domain, email and support is invoiced up front at $350 per year. You are free to cancel at any time.

We’re here to offer our experience. If you’re trying to plan something a little bit above your head, then we have your back!

Looking to build or renovate somewhere to wash, sort and package your produce?

We can help you come up with a design fit to your space and needs.
This package includes:
– Half hour phone/online consult
A report containing:
– Custom 2D floor plan
– Advice on materials & Suppliers
– Advice on cool storage

We can write up a custom plan to suit your requirements.
This includes:
– 45 minute phone/online consult
A personalised report containing:
– Irrigation Plan
– Seasonal Planting Plan for year round harvest
– Advice for soil ammendment and fertility
– Advice for placing and building your garden beds
– General Q&A

Get in touch with us

Feel free to get in touch with us about any of the workshops or services above.

Email at jordan@huntlyorganics.com.au or us the form to the right. 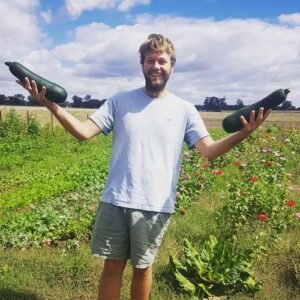 Keep up to date with all of our going on the farm, new workshops & seasonal growing and cooking tips.